Posted at 11:24h in News by Jonathan Haring
Share

The final conference of the European Project TAKEDOWN will take place on 18 June 2019 in Valencia. Under the title “New Approaches to the Fight against Radicalisation, Terrorism and Organised Crime”, the meeting will host experts from Europe and the United States.

This conference will present the results of TAKEDOWN, a three-year research project that has studied the social, psychological and economic aspects of terrorism and organized crime in different European countries, as well as their impact on social cohesion. A particular focus was given on developing new tools, services and solutions for supporting prevention and intervention by professionals in the sector.

The Conference, which will be held at the headquarters of the Local Police of the City of Valencia (Spain), will bring together researchers, first-line practitioners, policy-makers, members of law enforcement agencies and other stakeholders from a broad variety of countries as well as the 18 project partners organizations.

During the conference, high-level discussions will take place on some of the main topics of this project, such as: the nexus between organized crime and terrorism; collaboration between sister projects; cooperation between the key actors  in preventing and fighting terrorism and organized cybercrime, among others.

The participants will also have the opportunity to test two of the digital tools developed within the framework of the project: www.firstlinepractitioners.com, a platform that provides services and support to practitioners such as educators, social workers, youth workers and community police officers; andwww.fightcrimeterrorism.com, a digital marketplace for both law enforcement agencies and digital security solution companies.

The TAKEDOWN project has been included in one of the “success stories” by the European Commission and has had an investment of more than three million euros during its three years of development. The project has been designed to develop strategies and instruments to improve responses to terrorism and organised crime, two major threats facing the European Union and its population, especially in a context where social inequalities are entrenched, social upward mobility is stagnating and the number of people with no prospects for the future is increasing.

– For more information, go to: https://www.takedownproject.eu/conference/ 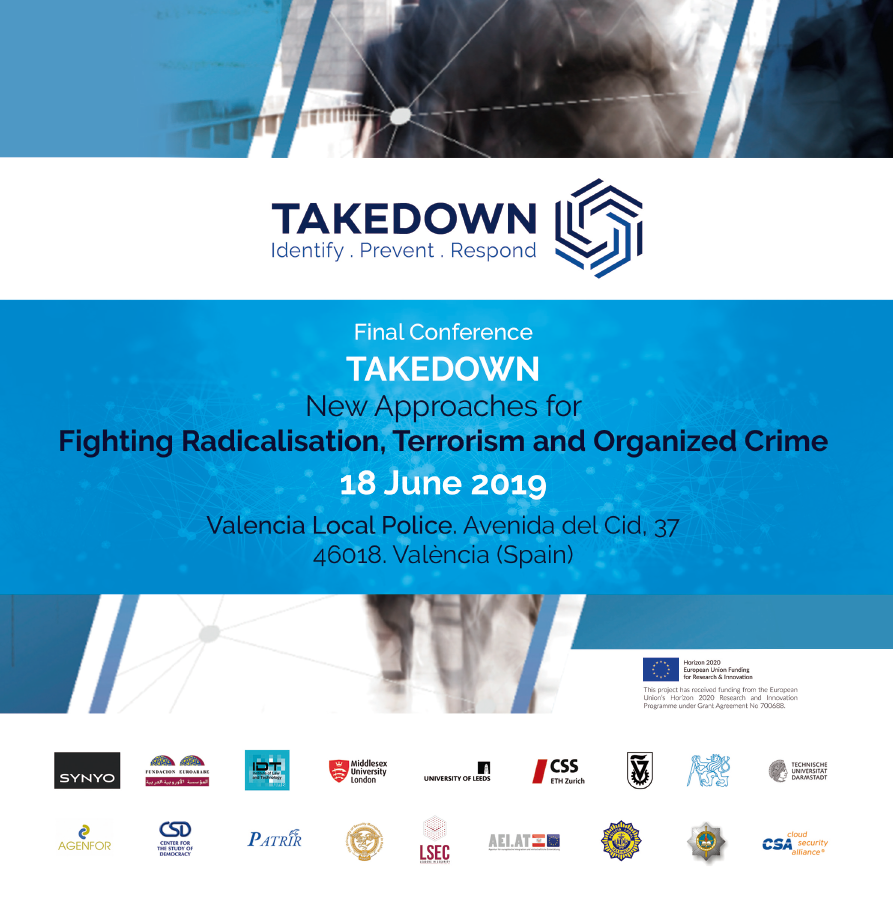